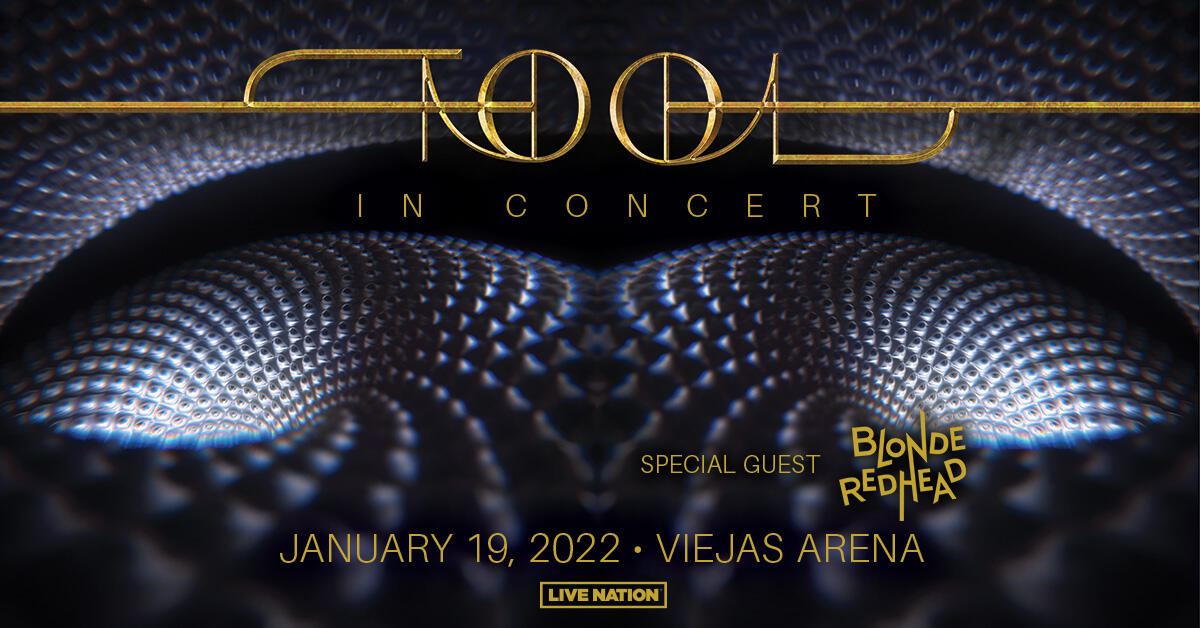 TOOL has announced a mammoth 2022 international tour, with the Los Angeles-based band playing in San Diego at Viejas Arena on Wednesday, January 19, 2022.

“It is with great pleasure I get to announce our return to the road,” said Danny Carey. “These past 18 months have been trying to say the least but from great trials come great lessons and great rewards. We are genuinely looking forward to sharing them with you.”

Fear Inoculum (http://smarturl.it/TOOLFIa) arrived in August of 2019, following years of anticipation. The album debuted at #1 on Billboard’s Top 200, shattering sales and radio records while also earning widespread critical praise. NPR said, “Fear Inoculum was worth the 13-year wait,” The Atlantic declared the release “precise and devastating,” Revolver dubbed the 10-track album “a masterpiece that will be dissected for years to come” and Consequence of Sound said Fear Inoculum finds “TOOL in peak performance.”